My first Ironman was one of the most painful, memorable, and meaningful experiences of my life. For a more detailed account, read my race report. In short, I gutted my way to the finish after becoming severely dehydrated and being unable to take in fluids or nutrition while I walked almost the entire marathon.

I returned to Coeur d'Alene in 2011 and made all the same mistakes as before. I biked 35 minutes faster, but spent almost an hour in T2 on the verge of passing out. After another 6-hour death march, I missed my PR by a single minute and spent another night in the med tent hooked up to an IV.

At this point, I had to be honest with myself: I needed help!

We're spoiled with a lot of perks at Google, including well-equipped gym facilities, flexible work hours, and, at this time, an onsite triathlon coach by the name of Kevin Coady. My first meeting with Kevin was productive, but it hardly hinted at the fun we would have getting faster over the next 6 years!

The Benefits of a Coach

I thought I was tough, I thought I was smart. By some measures, maybe I was. But my training up to that point was unfocused, inconsistent, and low in volume. If you had asked me, though, I would have told you that I got a long ride and a long run in every weekend, not just some weekends. The difference in fitness between "some weekends" and "every weekend" is quite large, as it turns out, but may not be immediately noticeable to you when you're in the middle of it.

What's my workout for today? If you don't have a coach and you haven't planned ahead, this question may dog you every day. Your family, your job, and all your daily responsibilities alone can be overwhelming enough without the need to decide which sport to do, what intervals to follow, what numbers to hit. If you have a coach, your only goal each and every day is to execute what's on paper. Let your coach worry about how those days turn into weeks turn into goals.

At the time I planned it, drinking Gatorade and eating gels seemed like a good way to fuel during the bike at Coeur d'Alene. If I had asked a seasoned coach like Kevin, however, he would have told me that the two in combination often lead to stomach backup and nausea which would prevent me from getting the fluids I needed to stave off dehydration. In fact, I hadn't even thought to calculate how many calories I would need to take in per hour to avoid bonking, nor did I account for how fuzzy my judgment would be 10 hours into the race. I didn't know what I didn't know, but a coach usually does.

So you missed your workout on Christmas Day. You got sick two weeks before your big race. If you're like me, you beat yourself up over small issues like these and add unnecessary stress to your life. Put your trust in someone with the experience to know what is a big deal and what isn't. On the flip side, that key workout that you nailed might make your coach prouder of you than you've ever been of yourself!

Solving My Hydration and Nutrition Issues

My gut is my biggest weakness in long-distance triathlon. If my gut turns on me in a race, nausea will prevent me from getting fluids and calories down and bonking becomes inevitable.

First, let me be honest: my diet is terrible. I struggle to keep weight on during race season (yes, I know, you hate me) despite eating a lot of processed sugar and not a lot of vegetables. I still think I have at least an hour left to cut from my Ironman time and my diet may be the stone I need to turn over.

As far as race nutrition goes, I tried nearly every product out there in my search for something that would sit well in my stomach. Ultimately, I settled on EFS liquid shot because it's easy to digest, mild in taste, thin in consistency, high in calories, and easy to carry.

In terms of hydration, I took a sweat test to confirm what I already suspected: I'm a heavy, salty sweater. To combat this, I put two nuun electrolyte tabs (total of 720 mg sodium, 200 mg potassium) in each 16 oz. of water that I take on course and I aim for up to 40 oz. of fluid intake per hour. Once again, I discovered this mostly by trial and error.

Another potential cause of gut issues during Ironman is intestinal permeability. The research isn't conclusive, but the theory is that exercise and heat cause damage to the tight junction proteins in your gut causing it literally to leak. I take a few supplements that have been shown to reduce intestinal permeability during exercise.

What was the secret, they wanted to know; in a thousand different ways they wanted to know The Secret. And not one of them was prepared, truly prepared to believe that it had not so much to do with chemicals and zippy mental tricks as with that most unprofound and sometimes heart-rending process of removing, molecule by molecule, the very tough rubber that comprised the bottoms of his training shoes. The Trial of Miles; Miles of Trials.
--John L. Parker, Jr.

This one is by far the most obvious, the most simple, and the most difficult. The fitness required to truly race an Ironman takes years to build. During that time, you're boosting the oxygen-carrying capacity of your blood, changing the composition of your muscles from fast-twitch to slow-twitch fibers, and hopefully enjoying yourself. In the 5-year period from 2012 to 2016, I swam 1.3 million yards, biked 20,000 miles, and ran 5,000 miles. In 2015 and 2016, I averaged about 10 hours per week of training for a total of more than 1,000 hours over the two years:

What's interesting is that this volume of training isn't all that high given my race results. I tend to burn out physically and mentally with higher-volume training, which means that most of these 1,000 hours were high intensity, high quality, and highly specific. However, to take that next step, I may need to figure out how to weather even higher volume.

Despite what you may have heard, there is such a thing as free speed. It may not be free in terms of money (though it doesn't have to be expensive, either), but it's free in terms of training effort. When you've been in the sport for almost ten years, the thought that a brake cover could save you 5 Watts is enough to give you nightmares. By comparison, it might take you months of threshold intervals to eke out another 5 Watts!

You may have also heard that aerodynamics only matter if you're at the front of the race, not at the BOP (back of the pack). This is demonstrably false! In fact, by improving your aerodynamics, you actually save more time the slower your speed is! This is because the overall time you spend on the bike is longer if you are at the BOP versus the front. Here's the math. 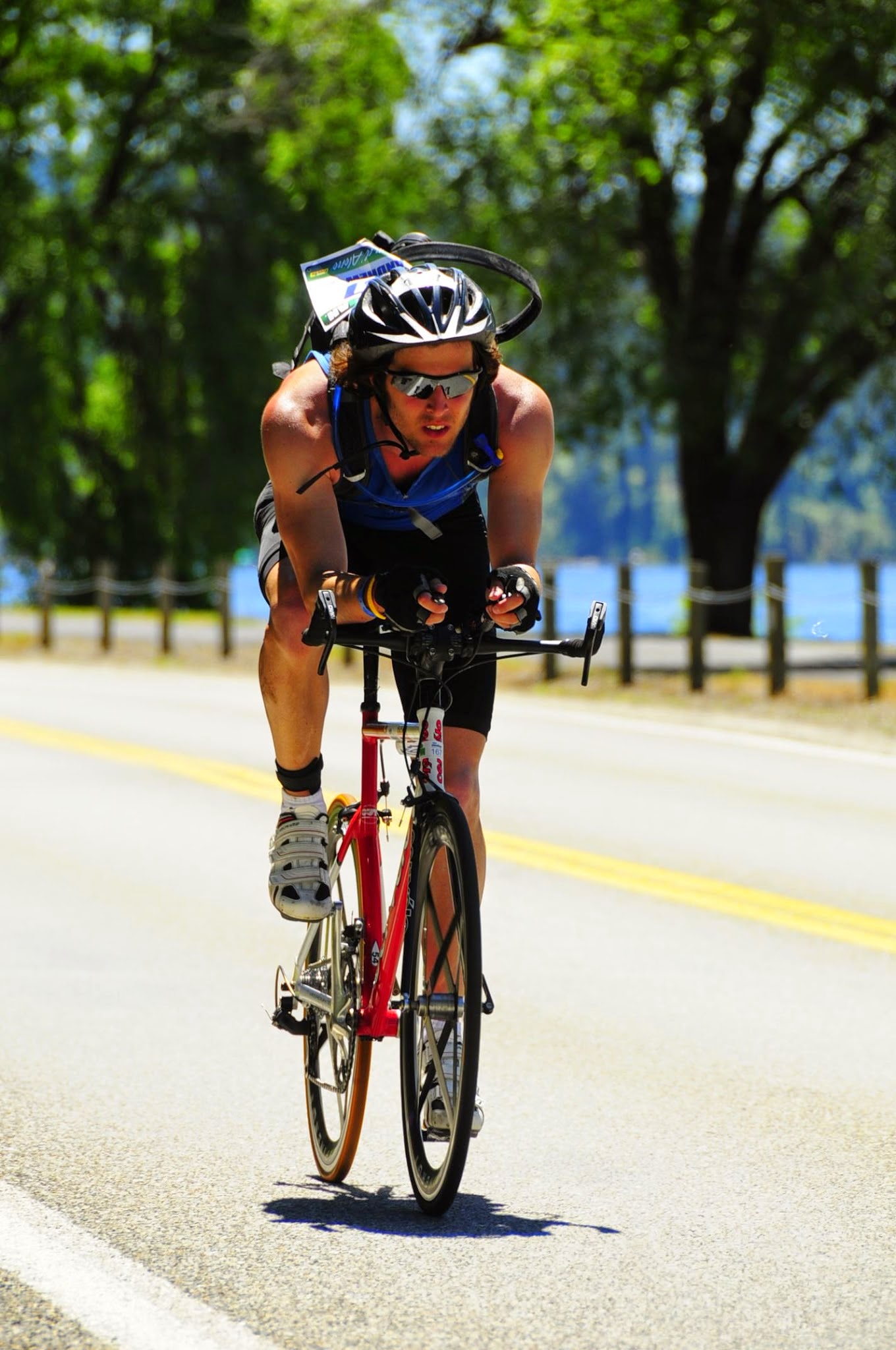 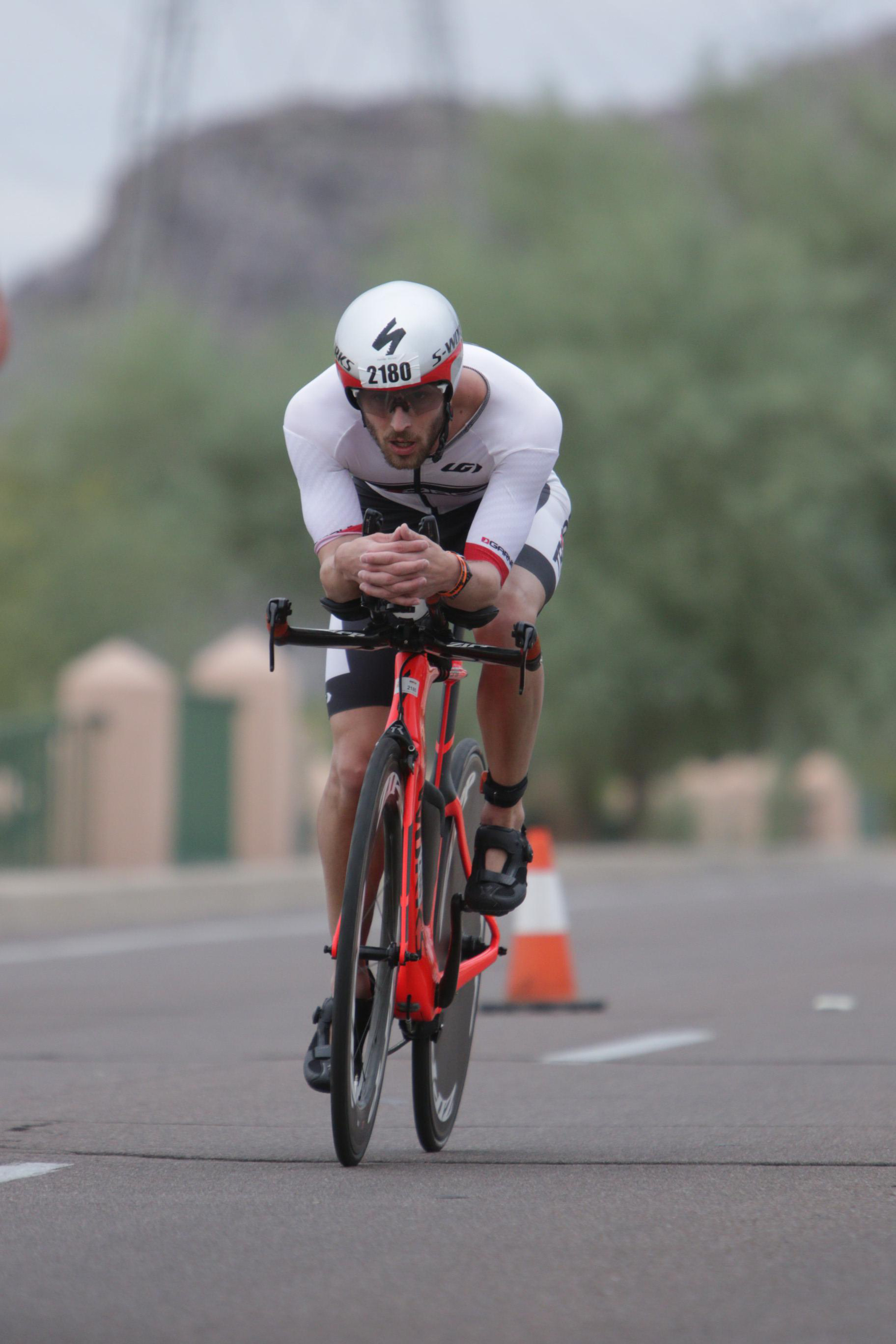 First and foremost, I went through several rounds of bike fits between 2010 and 2016. The result was that I got longer, lower, and, surprisingly, more comfortable.

Second, I absolved myself of a number of aero sins, not the least of which was my Camelbak with a tubular tire attached and flapping in the wind! The less obvious improvements I discovered by conducting aerodynamic tests at a velodrome. I did the research on what equipment to test, wrote the software myself, and reaped the rewards for myself, my teammates, and my athletes!

Back in 2010, I hated training. I don't mean that I sometimes dreaded going out for a ride or a run, I mean that I always dreaded it. I saw training as a necessary evil that would get me to my goals. While that's true even today, it doesn't mean that I have to hate every minute of it. On the contrary, the more ways I have found to enjoy the Trial of Miles and Miles of Trials, the more effective my training has been. The people I've met, the places I've seen, and the stories I've collected are what made the journey to a 5-hour PR not only enjoyable, but also possible. I would have burned out and quit the sport a long time ago if I hadn't fallen in love with the process of getting faster, not just the results.

Ready for your own massive PR?

Check out my coaching packages!